Who has the right to smack whom?

I have absolutely no objection to people smacking children under any circumstances. None. On one condition.

It is interesting how many proponents of the parental right to smack, particularly in the United States, cite the pernicious encroachment of the United Nations Convention on the Rights of the Child (UNCRC) often referred to as the most global of international legislation having being ratified by every nation on earth except two (three since the creation of the new state of South Sudan in 2011).

One of those is the United States of America. A situation President Obama is reported to be embarrassed about.

The failure of the US to fully ratify the Convention is often felt to be linked to criminal policy in the US particularly in relation to the death penalty. But since the US Supreme Court decision Roper vs Simmons (2005) which ruled against the death penalty for juveniles this has been less of an obstacle.

The most persuasive reason is undoubtedly a perceived risk to parental and family rights. The UNCRC, particularly Article 12 (the right of the child to express their views), Article 15 (freedom of association) and Article 16 (right to privacy) are seen by many as no less than an assault on the family. 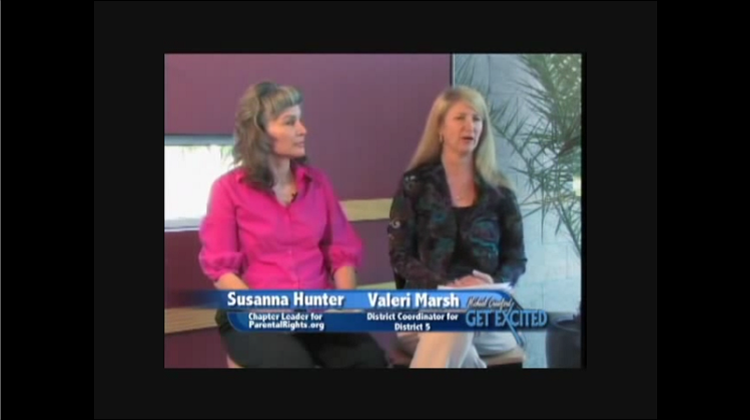 ​photo: Parental Rights members in the USA discuss the 'threats' of the UNCEC on Youtube

A campaigning group, Parental Rights has become a focus for anti-UNCRC opinion and is actively campaigning for an Amendment to the US Constitution that is aimed squarely at preventing the UNCRC from taking hold. Their proposed Amendment states:

“The liberty of parents to direct the upbringing, education, and care of their children is a fundamental right” (section 1) and that,

“No treaty may be adopted nor shall any source of international law be employed to supersede, modify, interpret, or apply to the rights guaranteed by this article” (section 4).

I am trying to be objective and fair at assessing people’s opposing views to this one but frankly I’m struggling and you might be able to see why in the following examples.

A video interview with two key members of Parental Rights available on YouTube is taglined with the statement, “If the US Senate ratifies an international UN treaty [the UNCRC] all American parents will lose the right to make fundamental decisions in the upbringing and education of their children.”

At one stage in the video we are told that

“Let’s say your daughter is hanging out with an older male, sort of an unsavoury character, if you know what I mean? Let’s say you say, ‘You know what? This person has a proven track record. This is someone I don’t want you associating with’. You could find yourself facing a social worker and going before a Federal judge for interfering on Article 16’s* right to freedom of association.”

photo: unicef and Parental Rights - two organisations with aims that could not be more opposite

There are those that agree with this view. Here are two comments from parents in reaction to the Delaware decision for example. First, Theresa Bobko of her three year-old daughter

“If my child will die from a car hitting her because she ran in the street, then jail me RIGHT NOW for the spanking she will get to save her from it ... nuff said. Same for touching the stove, jumping in water unattended, putting something in the socket ... etc.”

And this from John Smith (yer, right like that’s a real name)

“You greatly understate the future situation. All hell is going to break loose across the face of the globe as the world rapidly disintegrates into utter chaos. Riots and home invasions will be commonplace as the undisciplined generations to come take what they want, when they want, murdering anyone who dares to so much as speak out against them.”

Ummmmmmmm. Certainly describes the situation we see in Europe and elsewhere where the UNCRC has been ratified. Not.

But it would be wrong to think of this as purely an American issue, or a right-wing one, or even a religious issue. Just thirty-three of the roughly 193 countries on this world (16%) have constituted a total ban on corporal punishment against children.

An argument that transcends nationality, politics or religion

My personal opinion on smacking children has not changed for some years. I have absolutely no objection to people smacking children under any circumstances. None. On one condition: that we also have the right to smack any adult that annoys us for whatever reason as a similar means of corrective education.

There will be some that say this position is preposterous: this is about parents being able to raise their children in the way they see fit and should not be taken lightly. It applies only to our own children and within the family. Fine. But why should this attitude not continue after the child has reached eighteen? Surely, once a parent always a parent and if my 20-odd year old son steps out of line what’s wrong with a good slap to correct his behaviour?

I’ll tell you what’s wrong. As an adult there’s a good chance he’ll slap me back, that’s what. Hitting is a power issue. Full-stop. Our attitude to hitting adults bigger than us is very different to hitting children who are not, and frankly if it’s fair for one it has to be fair for the other.

Here’s an irony to end this story with. The newest nation on earth, the aforementioned South Sudan (one of the three countries that have not yet ratified the UNCRC); a nation beset with decades of war, famine and effectively no economy, has however outlawed corporal punishment against children.

“Every child has the right … (f) to be free from corporal punishment and cruel and inhuman treatment by any person including parents, school administrations and other institutions ...”

I’m not playing politics here at all, but if South Sudan doesn't see a problem in doing this, why do we?

Since originally writing this article the UNCRC has now been accepted by every nation on earth with the exception of the United States of America. The number of nation states around the world that have outlawed corporal punishment of children has now risen to 50 states or around 26%. Unfortunately, South Sudan has recently fallen back into civil war and the Constitution noted above suspended and is no longer available online.