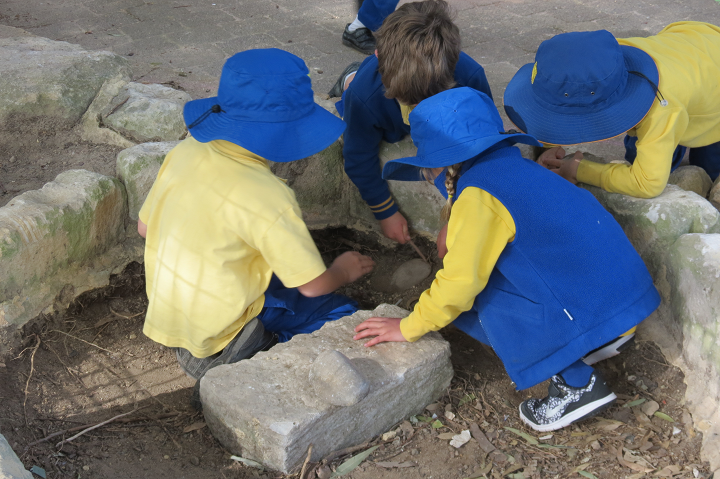 It is a habit of mine to ask for a reference or citation when matters of fact are quoted with no source simply because a research based approach to working with children and young people should be the norm in developing good practice – emotive anecdotal comments should be the exception. This is especially true in the field of play and playing as it can sometimes become an emotive topic and a good research paper, even when it produces a counterintuitive conclusion, can slice through the bias of an emotional response better than a hot knife through an organically produced, seed-oil based butter substitute.

And that’s where we hit the first problem.

This paper is a classic of the physiological type of research that is concerned exclusively with the health benefits of children being physical activity to the exclusion of all else. The introduction sets its overall aim out very clearly when it says, “Physical activity is important to help curb high obesity rates amongst today’s children.”

Methodologically it’s a very tight paper and no doubt well intentioned. The research involved more than 8,000 children in seven schools in which one part of the study held observations of ‘recess activity engagement’ while in another data from the wearing of a Fitbit activity monitor were taken and the two sets of data then combined and analysed. The tabulated results are clearly laid out and easy to read.

It is the conclusions that the paper reaches that are worrisome, though: It concludes that girls tend to be less physically active during recess periods than boys – and that’s no surprise as most similar research has drawn the same conclusion. Yet it is how this is stated that starts the alarm bells ringing as its says that more than a quarter of children (particularly girls) were observed in “sedentary activities (e.g. talking with friends).”

The bias is beginning to peek out

The paper also quotes previous research on the topic stating that it found, “… adding more playground equipment and providing a structured recess yielded the largest effect on [physical activity].” This paper seems to agree with that. In fact, the reference to ‘sedentary activities’ above shows very clearly that the researchers are seeing the potential benefits of playing purely in the context of increased physical activity – sitting play bad, running around play good – and the major conclusion it reaches is that the involvement of adult-initiated and structured activity is essential to getting the desired increase in physical activity:

“… in the current study, adult engagement and supervision was identified as the most salient recess level predictor of engagement for boys and girls. Thus, in considering how to take advantage of limited [recess] time for PA … adults can be more than passive observers assigned to monitor recess, but can also be active participants, and even beneficial role models, for children on and around the playground.”

It’s almost as if the research has been funded by an organisation with a vested interest in adult-led playground intervention projects, isn’t it?

Yet at one point, the paper makes an almost throw away comment that might lead to an alternative conclusion. It notes that recess in the study schools accounted for approximately 5.6% of the school day and then, shock horror, finds that, “Interestingly, recess length was a significant predictor of both MVPA [moderate-to-vigorous physical activity], and steps per minute taken during recess. This finding suggests that extra recess time not only increases opportunities for physical activity, but that children are more active with the time they have when this is increased.”

So, to increase physical activity simply increase the length of recess time, right?

The big problem behind this paper is that it has a clear bias in its approach paradigm that seriously narrows any possible conclusion. At one point the authors claim, “To date, no study has concurrently examined the contextual features of the environment and what students chose to do during recess in a systematic way.”

Oh, really? I could lead them to a decent sized metaphorical warehouse full of research relating to school recess periods that has done just that except these are from alternative paradigms to that of the authors who appear to have no previous knowledge of other approaches – all except one of the extensive references cited are from a physiological perspective.

Much of this non-physiological research quotes the benefits of recess that goes beyond the purely physical (see just about anything by Peter Blatchford and Anthony Pellegrini, for example) and not the least amongst those benefits is the value of unstructured time away from adult imposed activity rather than arguing for more.