Loose parts and open-endedness (1 of 2) 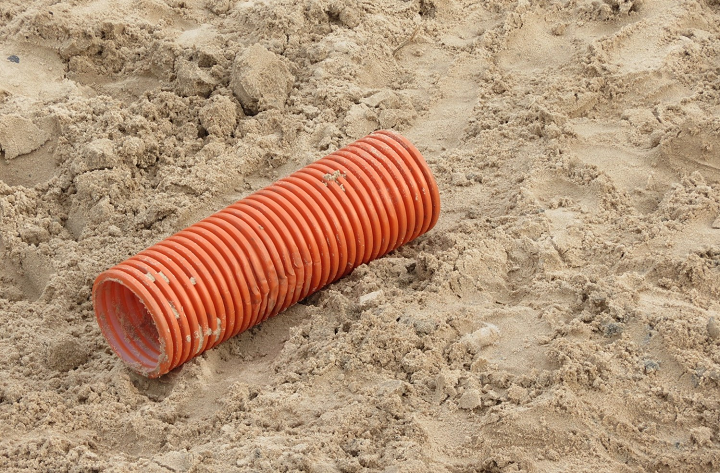 Social media is full of educators posting images of newly found scrap items followed by the question, ‘How should I use this?’ People recognise that these things are ‘loose parts’ yet it is evident from asking a question like this that loose parts puzzle people sometimes.

Those who are well versed in loose parts theory and practice sometimes scratch their heads at posts like this and wonder why people don’t intuitively get it. Yet we must remember that loose parts don’t come with instruction booklets; and yes, I know that’s half the point of loose parts but not everyone is starting on the same page.

What is actually more frustrating is seeing some of the answers people offer to this question. These answers sometimes suggest uses that are tantamount to limiting loose parts as though they were just a cheaper and more sustainable replacement for catalogue bought resources. The thing is, neither the person asking the question or those giving the answers may be at fault. It could simply be down to the tradition behind their training.

The training that educators receive has changed significantly in recent decades yet in some respects we are still tied into methodologies that are quite literal. What I mean by that is that some educators are still taught to see teaching and learning along the lines of ‘do this, and this will happen’. It is a consequence of the way we see learning as being bound to defined learning outcomes.

By itself this is not necessarily a bad thing except when educators are confronted with something that does not neatly fit in to this literal view, the result can be genuine confusion. In a play context that happens all the time.

To be or not to be open-ended

Take the example of open-endedness in relation to loose parts, a point that is often not tackled well (if at all) in an educators training.

The Cambridge Dictionary online defines the term ‘open-ended’ as being, ‘An open-ended activity or situation that does not have a planned ending, so it may develop in several ways’; the Collins Dictionary online says it is something, ‘Without definite limits, as of duration or amount.’

Note that a common element across these and other definitions of open-endedness is that they do not generally relate to an object. Instead, they recognise that being open-ended is an action suggesting that by definition an object, whether a loose part or not, cannot be ‘open-ended’ – it is the action that is applied to them that is.

Nicholson describes loose parts as things that can be transported, manipulated and combined but he does not refer to them as being open-ended. In some settings this open-ended element of loose parts has become almost a mantra, and this can be an issue when trying to answer that ‘how should I use this’ question. That is because not only can it conflict with that literal training that some educators have received (producing confusion) but also because it misses an important point. One that actually does hold the answer to the question.

There is a test you can apply to this idea if you like. Take any object that you consider to be open-ended and place it on the floor in front of you. Now sit back and watch for a while and see how many innovations it manages to come up with on its own.

Do you get the point? The object without an actor is useless.

In Truth and Method, Gadamer gives an example of this, describing a kitten playing with a ball. It starts when the kitten accidentally touches the ball which then rolls away. Surprised, the kitten follows it. It becomes curious and reaches out to touch it again; once more the ball rolls away and now the kitten begins to actively play with it. Whatever discovery has been made here is not in the ball and not in the kitten – it is in the interplay between the two. The object (ball) requires an actor (the kitten).

The trouble is, whatever understanding occurs in that in-between space is going to be dependent on what actually happens in that space, and that could be radically different from individual to individual, and so we simply cannot guarantee what will happen until the actor interacts with the object.

It is an idea that does not really work well with a ‘do this, and this will happen’ approach because that tends to focuses our thinking into a narrow set of predefined outcomes. It is when people recognise this ambiguity that the confusion arises and it can result in us using loose parts in an equally narrow way. Instead, the approach that works best in this context is more ‘do this, and don’t worry about what happens next.’

It means the real answer to the question, ‘How should I use this?’ is just put it somewhere and then walk away. That requires a mindset that can pose a serious challenge to the training that many of our educators receive.

Part 2 of this blog piece will look at what happens with loose parts once we have walked away.

Catherine Wall says:
17-May-2019 at 7:57 pm
Thank - you !
David Elder says:
19-May-2019 at 2:04 pm
Thanks Marc. The in-between space is an encounter with the world. As you say, this is unpredictable. How do you think this reflects on the obsession with documentation in care and education settings?